Canada is moving ahead with its promised asbestos ban by proposing the prohibition of the use, sale, import and export of asbestos and products containing the hazardous material.

The federal health and environment departments are both sponsoring the proposed changes aimed at eliminating the market for asbestos products in this country.

The government now acknowledges that all forms of asbestos fibres, if inhaled, can cause cancer and other diseases.

"By launching these new, tougher rules to stop the manufacture, import, use and sale of asbestos, we are following through on our promises to protect all Canadians from exposure to this toxic substance," said Environment and Climate Change Minister Catherine McKenna.

Asbestos was declared a human carcinogen by the World Health Organization's International Agency for Research on Cancer more than 30 years ago.

But up until 2011, Canada remained a major exporter of asbestos.

Kathleen Ruff, a longtime campaigner for a comprehensive asbestos ban, commended the government for moving ahead with new regulations, but  said even more needs to be done.

Ruff is pushing for a national registry of asbestos-containing buildings, as well as national standards for asbestos removal.

"Initiate a national strategy to inform Canadians of the continuing hazards posed by asbestos in buildings and infrastructure and ... launch a national campaign to provide information and assistance to asbestos victims and their families," Ruff urged the government.

The newly proposed regulations include some exemptions, including an allowance for the cleanup of millions of tonnes of asbestos residue around former mines to make way for for redevelopment of the sites.

According to Ruff, the exemption risks exposing workers in Quebec to asbestos levels "10 times above the limit set by the Canadian government."

"I'm hoping this federal initiative will spur the provinces to do more, because we've got far more to do at the provincial level now with the federal government finally getting onside to banning asbestos."

The government said the ban will have an impact on industries including cement pipe manufacturers and automotive businesses that import asbestos-containing parts such as brake pads.

SIGNUP FOR THE E-NEWSLETTER - View Past e-News Issues 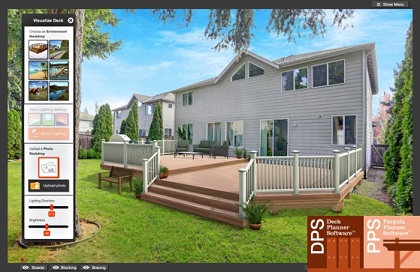 Strengthen your digital network with your customers during COVID-19 In these uncertain times, it's more important than ever to stay in...

Top Trends to Transform an Outdoor Space into a Sanctuary In these uncertain times with air travel on lockdown during COVID-19 and...

COVID-19 Safety Protocols to Keep your Crew Safe Are you confused about how to stay safe while continuing to build during the COVID-19...